For a history rich in tradition

Above the rooftops of Garmisch-Partenkirchen.

… and right in the middle of the Wetterstein mountain range – lies the privately owned Riessersee.
The lake comprises 26.000 m² and looks back on an history rich in tradition.

Back in 1886 when the small lake was stilled called “Lake underneath the Katzenstein” an ancestor of Mathias Wackerle built an artificial lake along the woods. Until today the water is largely supplied by a mountain spring on the southeast border of the property. The stowage height, dam crest as well as transverse profile were defined back then. Finally, in June of 1886 the district authority of Garmisch approved the project “Riessersee”. Although it had to be agreed upon that no third party or property was to be damaged or affected. Hence, Wackerle and his descendants were to be liable for damages on their neighbour’s land.

The estate at Riessersee itself exists since the Middle ages. In 1845 Josef Buchwieser (known as “Rieserthoma-Sepp”) appealed for a construction permit. This action was one of many which would settle family Buchwieser around the Riessersee for many decades to come. From 1887 the family were the sole owners of the Riessersee area including the lake. While driving towards the hotel you may have noticed the beautiful house on top of the hill. That is the old “Landhaus Rießersee” which has been built in 1892. With the turn of the century family Buchwieser build the first big hotel. However, it would be nearly another century for today’s name “Riessersee Hotel” to appear. By 1912 it was called “Rießerbauer”, then “Landhaus Rießersee”, afterwards „Hotel und Pension Rießersee“ and for a short time also „Hotel und Kurhaus Riessersee“.

On 12th October 1920 the luxurious Riessersee Hotel was the place where the Sport club Riessersee was founded. One of the founders was none other than the former owner of the hotel – Leonard Buchwieser. At the beginning of 1920 the newly founded sports club took over all sports facilities and events at the Riessersee. In the following years the club became organizer of bobsleigh, ice hockey, skating and ice dancing as well as ice stock sport competitions. From February 1921 on, even the Bavarian ice stock sport championships took place on the lake. By 1922 the Sports club Riessersee was listed in the register of associations with 87 members in the first year. Until today the SCR is popular and well known across the country. Likewise, the Riessersee Hotel is from day one a proud partner of the sports club. 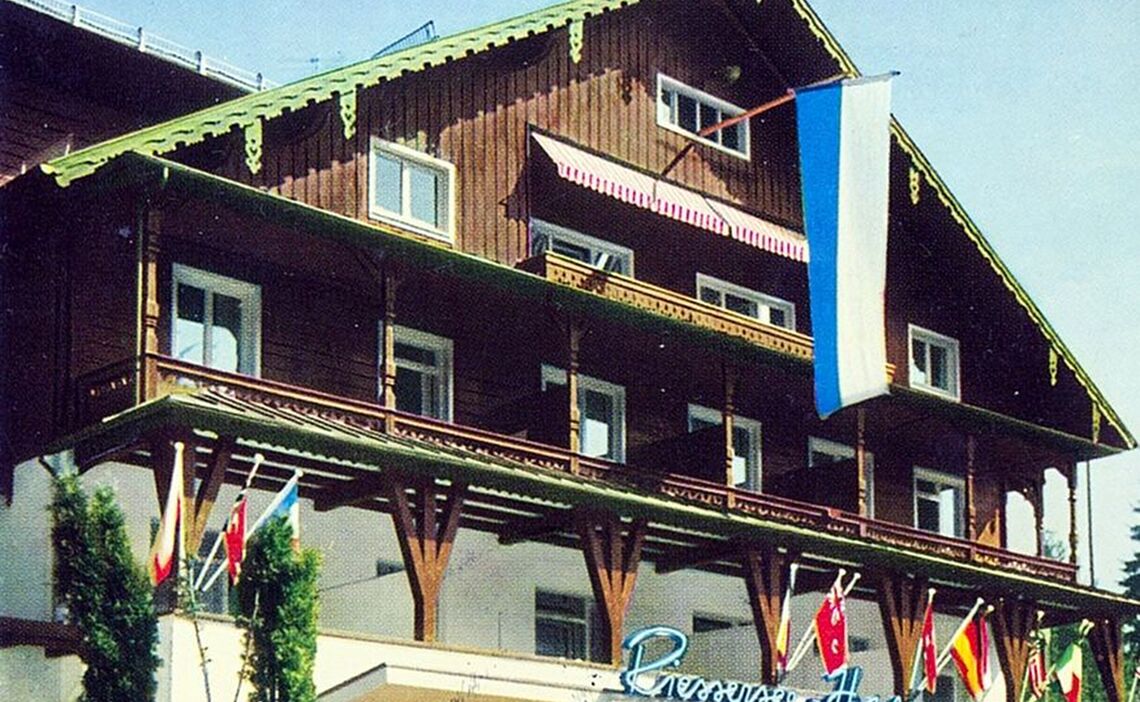 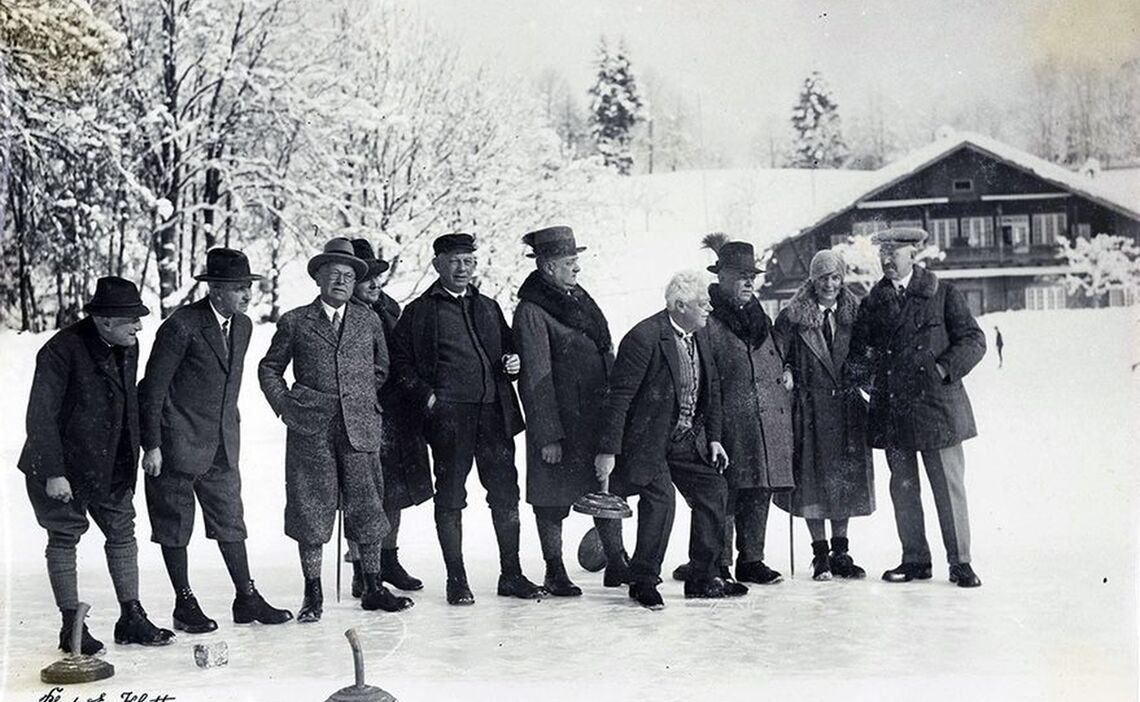 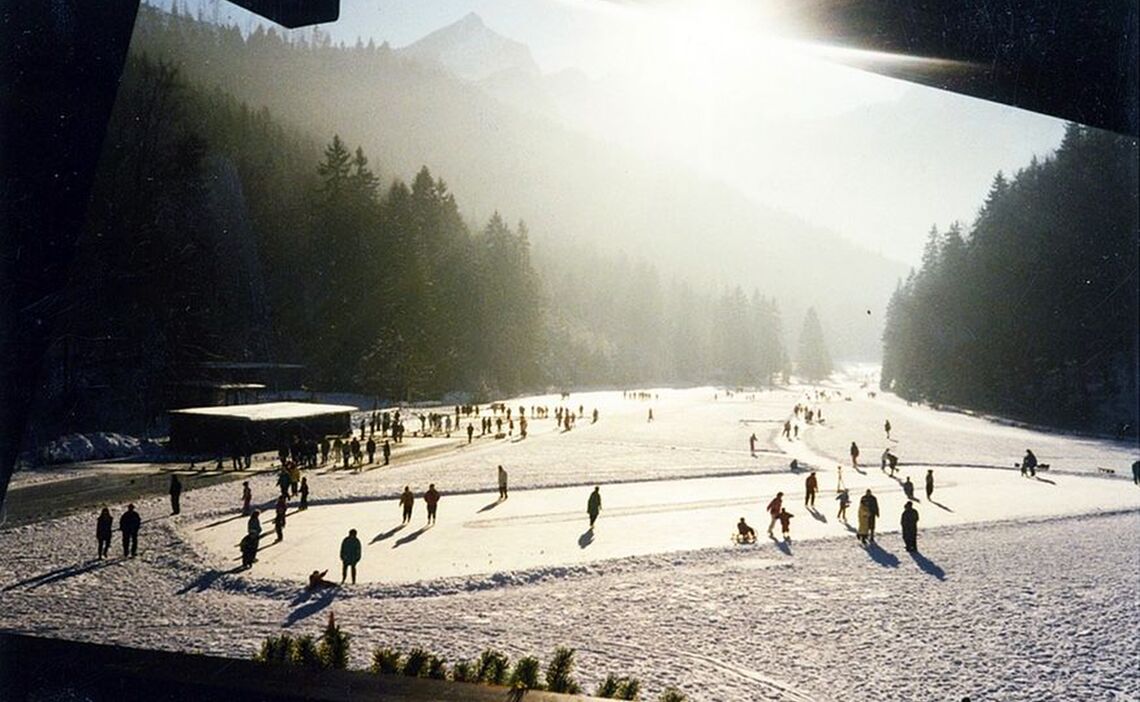 As early as 1902 the lake attracted ice skaters from Munich and Berlin which trained on the natural ice. Ice on which in the following years winter sport history would be made. For example, during the Olympics of 1936 the Riessersee was used for various competitions such as speed skating, as well as ice hockey.

Though the most fame came through the legendary bobsleigh run during the Winter Olympics 1936. The run had already been built in 1909 and newly constructed for the sole purpose of the Olympics. On 05th December 1909 the construction on the bobsleigh run at Riessersee finished with a complete length of 1400 m. The well-known architect Zoeppritz reconstructed the run to be one of the most modern of the time. Although, because of weather capers the official opening ceremony had to be postponed to 06th February 1910. On 07th February the first competition took place with seven teams at the ready. This was the starting point for many more races down “the most dangerous run of the world”, which where closely watched by roughly 32.000 spectators.

On 5th February 1911 disaster took place. As the competitions became fiercer and the bends steeper and more dangerous, the run took its first casualty. A five-man bob was driven out of a corner and catapulted right at a tree. One of the drivers suffered a severe cranial fracture and died. In the same year the newly founded bobsleigh club took over the run including the maintenance. During the first world war the run became unused and slowly decayed. Finally, in 1920 the arena was rediscovered, and the bobsleigh run rebuild.

In order to secure the Olympics, the run was modernised in 1934. By then the Riessersee bobsleigh run already had a length of 1640 m and was considered as one of the most beautiful and interesting runs in the world. However, in order to put less strain on it a weight limit was put in place: The maximum weight per team for two-man bobsleds was 200 kg, for four men 400 kg.

The home bend of the historical nature-bobsleigh run can still be found on the southwest shore of the lake. Right next to the run you will find the “Bobschuppen” with various historical exhibition pieces as well as original footage. The run as well as the museum can be visited in summer as well as in winter. Nowadays the Riessersee bobsleigh run is under monumental protection. 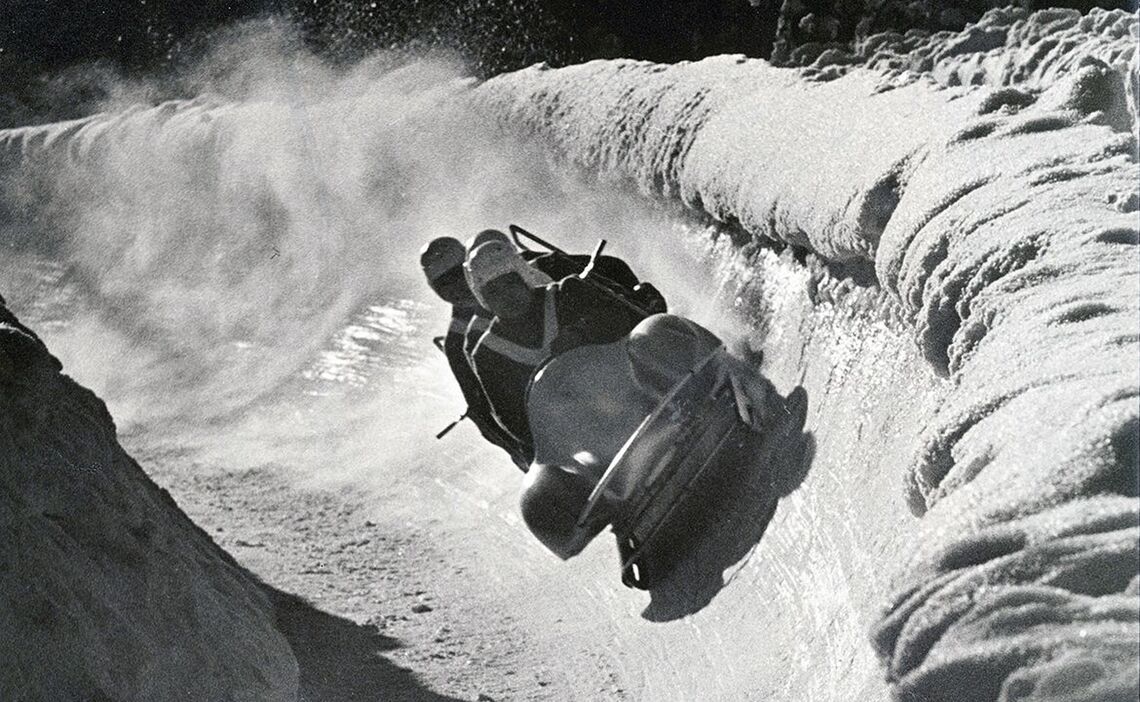 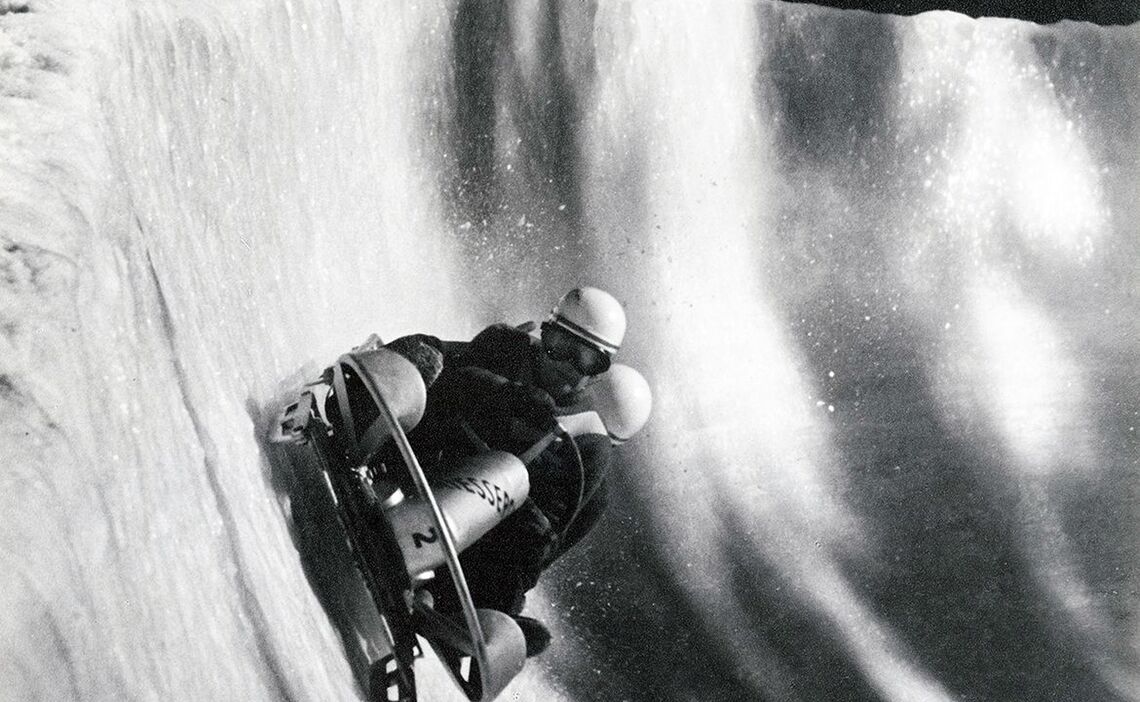 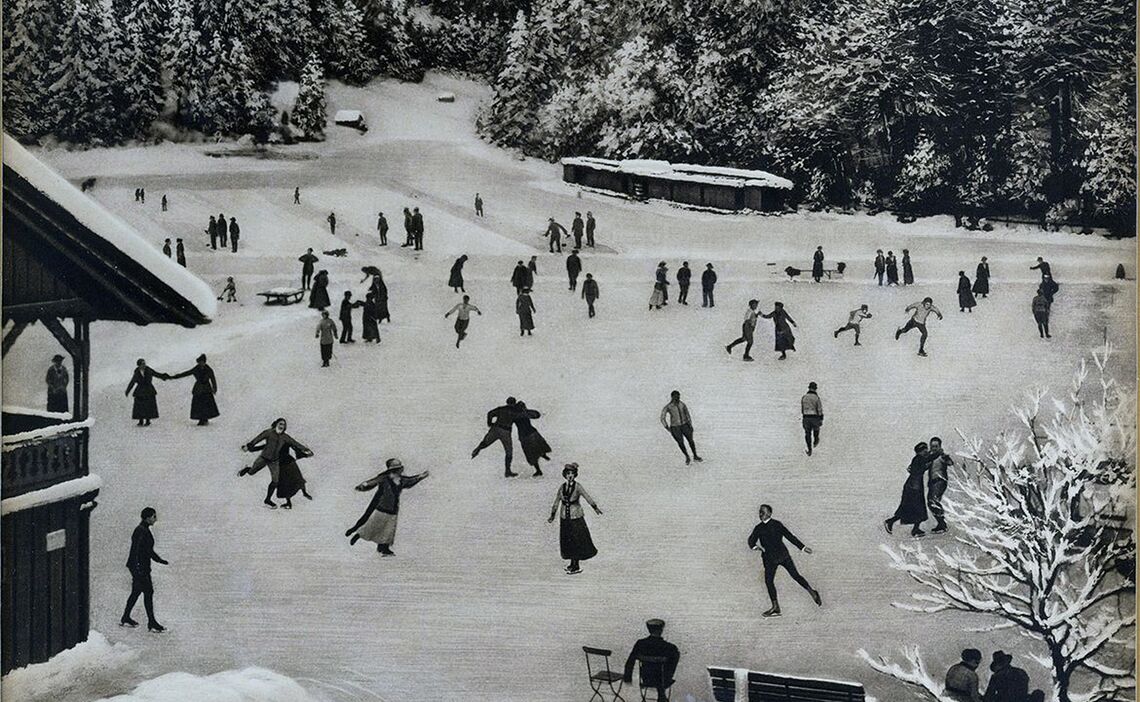 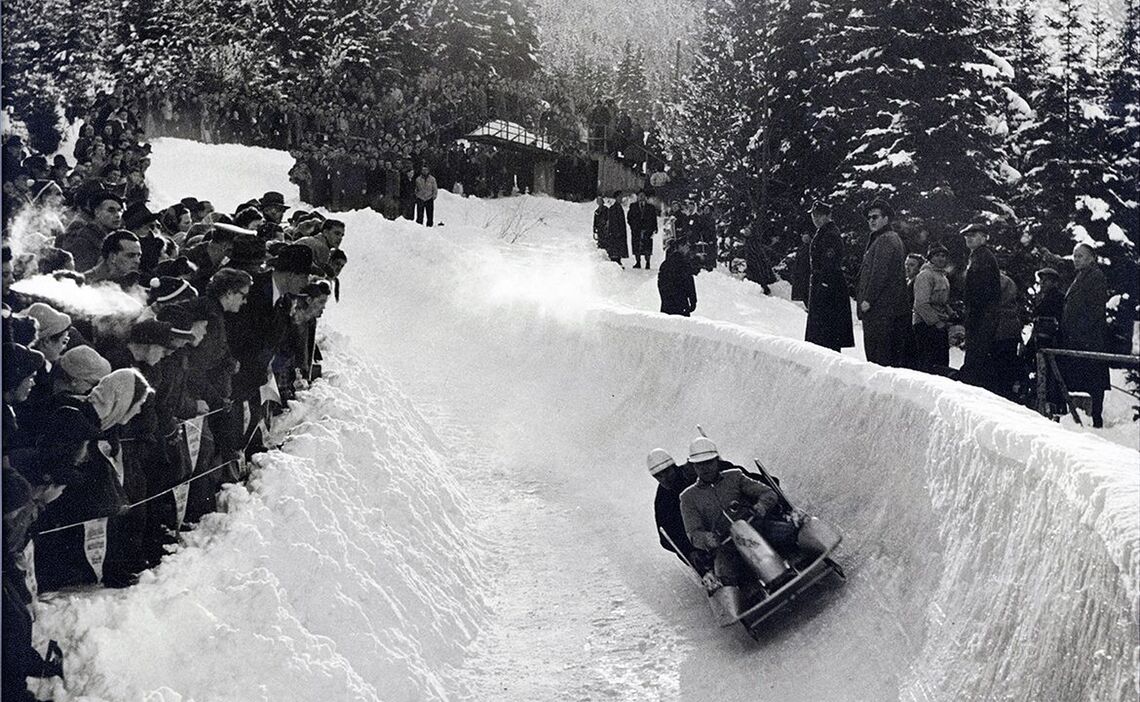 1971 the old wooden construction at the bank of the lake was replaced by a modern stone building. In 1985 the newly constructed „Sport und Konferenzhotel Riessersee“ opened it’s door for guests. No one was prepared for the catastrophe that would take place only a year later. Due to a gas explosion 11 people lost their lives. Furthermore, 18 were seriously wounded. The 27th December 1986 is still being remembered by many inhabitants of Garmisch-Partenkirchen.

Until today the Riessersee is privately owned and a popular destination for the people of Garmisch-Partenkirchen as well as vacationers. Both in winter as well as summer various activities can be planed in and around the lake. Especially the walking path around the lake, as well as the lido invite you for a visit. 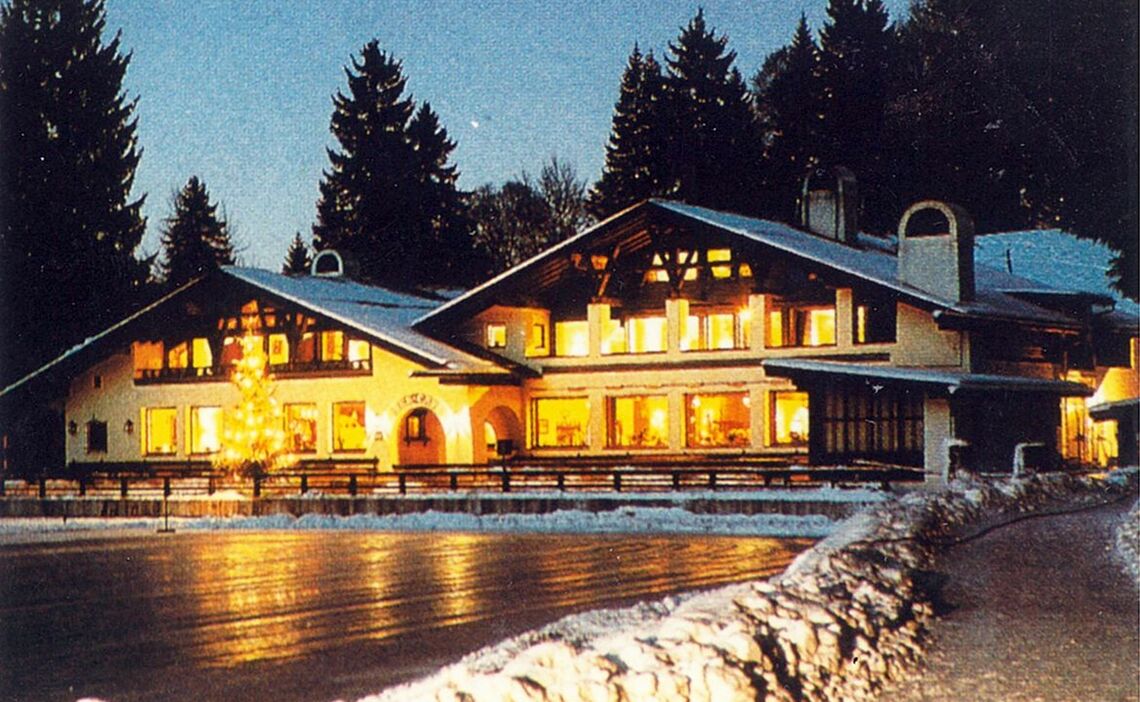 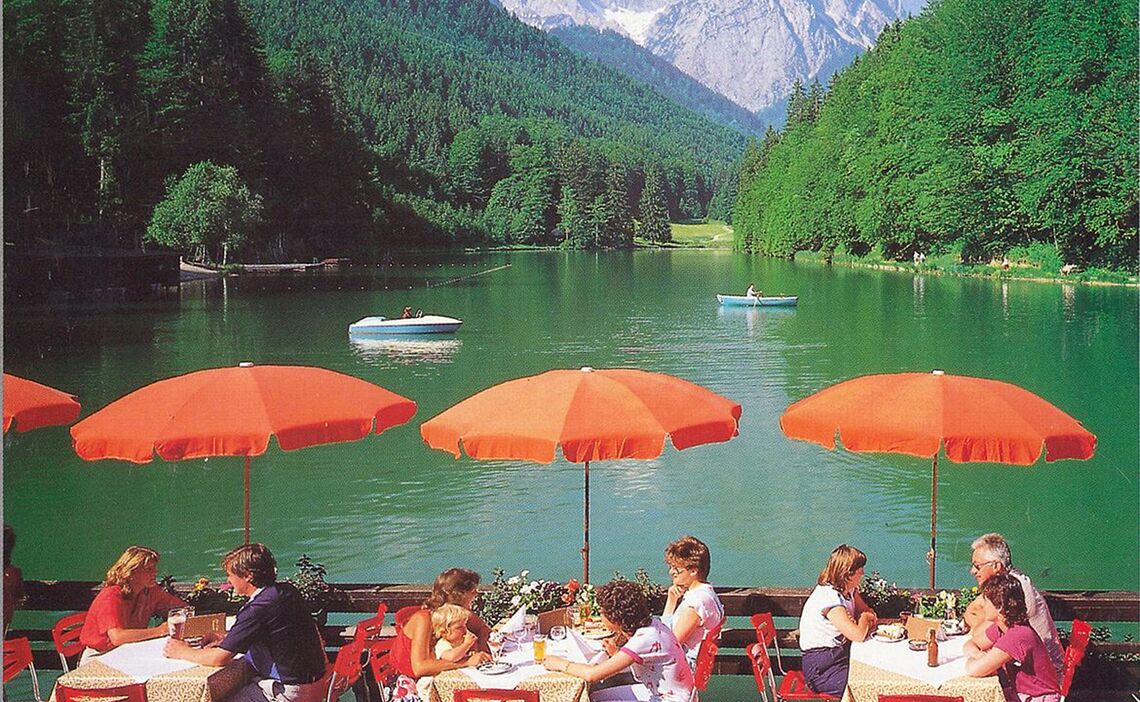 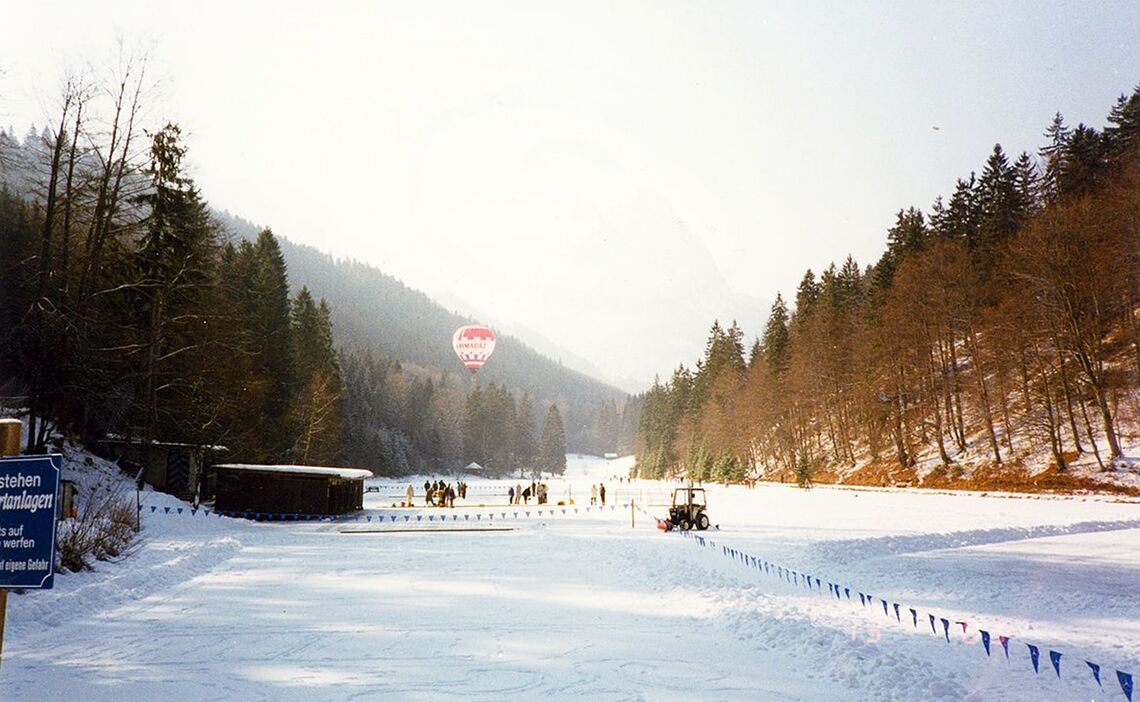 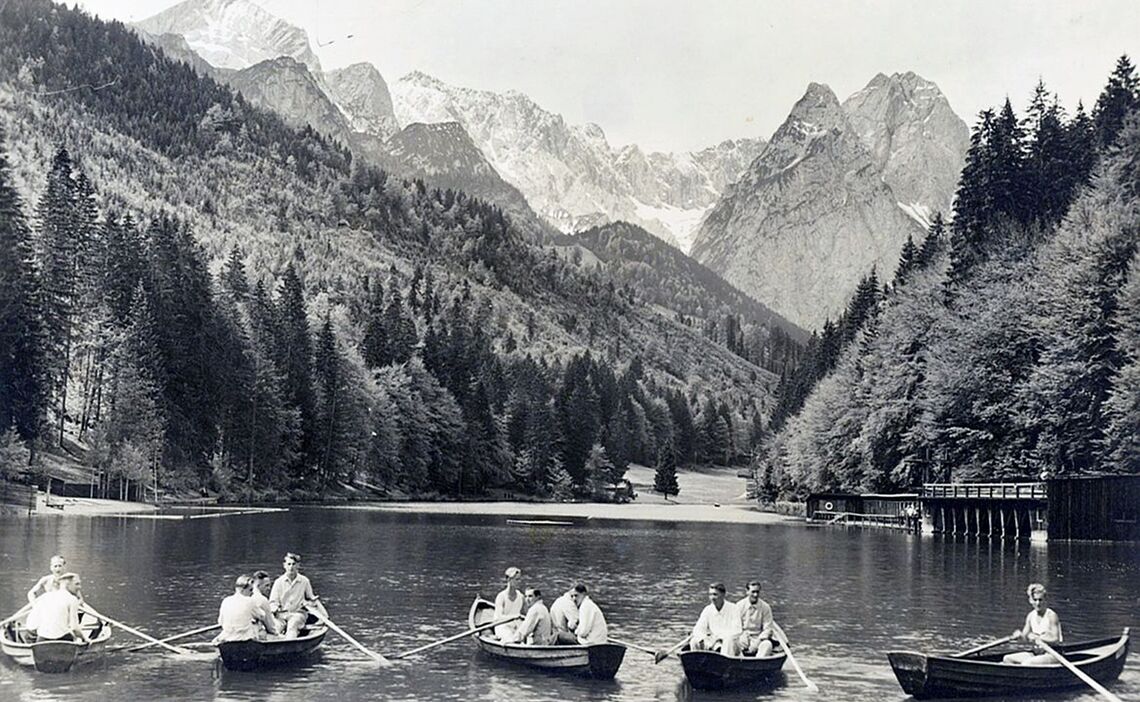